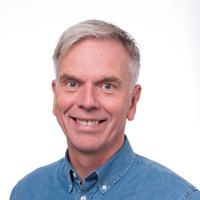 Thor Einar is the chief medical officer and member of the Medical Committee of The Football Association of Norway. From November 1st he is on leave of absence and holds a advisory role during the period of absence. He has served as team physician for the men´s national A-team in football from 2002-2014. He is medical director and consultant specialist at the Norwegian FA Medical Clinic. From November 1st 2019 he is on leave of absence to hold the position as Chief of Sports Medicine Department at the Aspetar Orthopaedic & Sports Medicine Hospital in Qatar.  He was member of the board in Nordstrand IF and director of football in the football department in Nordstrand IF from 2002-2019.

Thor Einar Andersen was awarded a UEFA Research Grant as researcher in the 7th cycle, 2016/17 for the project "The preventive effect of an adductor strengthening program on groin problems in Norwegian male football players: A cluster randomized controlled trial."

Thor Einar has a previous  career professional football player and has won two national championships for IK Start in 1978 and 1980, and he has represented Norwegian international youth teams in football from U- 15 to U-23 teams.