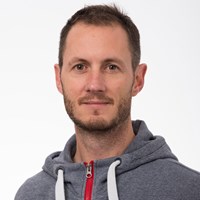 In January 2015 he defended his PhD at the Oslo Sports Trauma Research Center focusing on overuse injuries in sports. Ben remains an active member of our research group, and is responsible for injury and illness surveillance for the Norwegian Olympic Sports Program (Olympiatoppen).

Ben also works clinically as a sports physiotherapist, and has a particular interest in the management of overuse injuries. Over the past decade he has worked for several professional cycling teams and the Australian and Norwegian national teams. He has worked on the UCI Pro Tour for a number of seasons, as well as at numerous World Cycling Championships,  the Tour de France and Olympic Games.

He is a former member of the Australian national rowing team and a silver medal winner from the 1997 under-23 world championships.