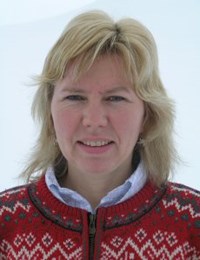 Hilde Moseby Berge is MD from the University of Oslo 1995, and has a specialty in family medicine from 2005. She was authorized as a Sports Medicine Physician (Idrettslege NIMF) by the Norwegian Society of Sports Medicine in 2006.

In 2014 she defended her PhD-thesis on "The Norwegian athletes’ heart - Cardiac screening of 595 professional soccer players".

From 2014 she has been connected to OSTRC as a senior researcher, employed in a 20% position from May 2019 to April 2021. She is the project leader for “Saving lives together in sport” for the Norwegian Olympic and Paralympic Committee and Confederation of Sports (NIF)/ the Norwegian Football Federation (NFF), and for “Sudden Cardiac Arrest in Athletes in Norway”, at Norwegian National Advisory Unit on Prehospital Emergency Medicine (NAKOS), Oslo University Hospital.

Hilde is currently working fulltime at the Norwegian Olympic Training Center (Olympiatoppen), as the Chief Medical Officer for the Paralympic summer- and winter Games.